This page has a wiki of its own: Edgewater Falls Wiki.

Edgewater Falls is an American television series created by Samantha O'Malley, and produced by 20th Century Fox Television. The series aired (September 12th, 2015 - May 4th, 2016) for one season on Wiki Channel before it was picked up by After Dark Network. 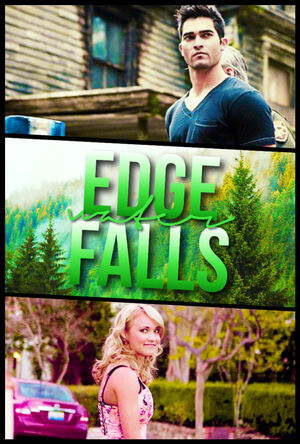 Edgewater Falls takes a look into the lives of Andi Grayson, Ashton Healy, Marilyn Kennedy, Madison Conrad, and Joe Monroe three years after the death of their best friend Ella Howard, the former queen bee of the town and the daughter of Chief of Police William Howard. When Andi convinces the group to break into the Howard residence in order to "pay their respects for the girl who gave them popularity", Ashton uncovers a shocking secret while snooping on Ella's emails, which begs the question: is Ella Howard dead . . . or alive?

As season 1A came to a close, the group began to believe that Ella WAS dead and the killer was still out there. The majority of season 1B was spent looking for clues that may lead to Ella's killer, but was also labeled as one of the first Wiki Channel original series to have ever stretched its boundaries. Not only did it deal with murder, bt it also dealt with topics such as addiction. As described by creator Samantha O'Malley, "Season 1B was a complete torture chamber, or, as Sera and I like to call it, a hellhole. For all of my characters, and I honestly do feel bad."

Original number of episodes: 20
Season extension amount: N/A
Total episodes: 20
Specials: N/A
If the series creator goes inactive Austin9393 will take over.
If the back up users go inactive, the show will be ended where it left off.
Filming Dates: May 12 to June 10 filming first 10 episodes. June 15 to July 13 filming last 10 episodes.
Notes: N/A

Threads: 1
Retrieved from "https://wikichannel.fandom.com/wiki/Edgewater_Falls?oldid=88292"
Community content is available under CC-BY-SA unless otherwise noted.