This page has a wiki of its own: In Due Time Wiki.

In Due Time is a brand new Wiki Channel Mystery Thriller Series, and the first one at that. The series was announced by Wiki Channel 7/1/14.[1] In Due Time premiered on January 9, 2015, right after the Wiki Channel Original Movie, Trapped: The Escape Challenge.[2]

"In Due Time" follows Connor, a street kid who had to work hard for everything he has and Jenn, a rich girl who never really had to work for anything in her life. However, Jenn is suffering from the recent death of her grandfather, one of the only friends she has ever had. But after finding a note in the clock that her grandfather left for her, Jenn is guaranteed that he is still 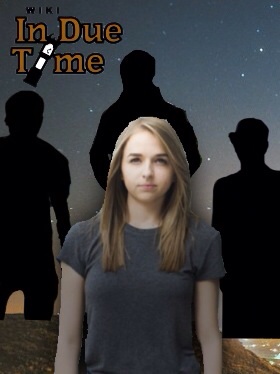 alive. Sadly, no one believes her. After Connor is caught sneaking into Jenn's garage, he is promised by Jenn that she won't turn him in if he helps her find her grandfather, to which Connor accepts. The series will follow Connor and Jenn trying to Jenn's grandfather while keeping Connor a secret from the rest of her family.

Season 1b ventures into a more dark side of the show, and is expected to be more thrilling and leave viewers more on edge. It will mainly docs on Jenn trying to struggle finding the secret's of the clock, finding out how to get out of a marriage, and finding herself. Connor and Jenn are no longer a duo, and now he is traveling to find himself back in the only place where he feels welcome. Ricky tries to help out Jenn while keeping a lot of things away from her, and Dallas' is struggling with the concept of romance and poverty.

In Due Time was picked up for 13 episodes for its first half of the season.