Jamie & Jackie is an all-new Wiki Channel series. It was ordered for a pilot on August 6th, 2015, and picked up as a series on September 30th, 2015. It focuses on Jackie Cunningham, a single mother, and her daughter, Jamie Cunningham, who attend college together when Jackie decides to return to school.

The series focuses on Jamie, a 18 year-old girl who can't wait for the freedom she'll finally receive as she goes into college, and Jackie, her mom. When Jackie was a teenager, she was unable to go to college so that she could get a job and help raise money for her family. Now that she's more financially stable and has a daughter of her own, she decides to finally go back to school- and ends up in all the same classes as her daughter. Chaos is sure to follow wherever this mother-daughter pair goes.

The series stars Crystal Diane ("NOT Another Happily Ever After") as Jamie, with Bobbie Baker ("Pete Around the Bush", "Trails") portraying her mother, Jackie. Melody Charme ("Dramatically Average") and newcomers Sydney Alger and Aaron Ross play Jamie's friends Alena, Lila, and Nixon, respectively. The series will end after one season on November 19th, 2016.

Crystal Diane as Jamie Cunningham - An 18 year-old girl and the daughter of Jackie Cunningham. She's more than happy to move away from home and be free when she goes to college, but her hopes are smashed when she learns that her mother will be attending school with her. She's also in a band with her three best friends.

Bobbie Baker as Jackie Cunningham - Jamie's mom. She was unable to go to college as a teenager due to financial and familial problems, but she thinks she's finally ready and ends up going to school with her daughter. Of course, she's completely oblivious to her daughter's disdain. 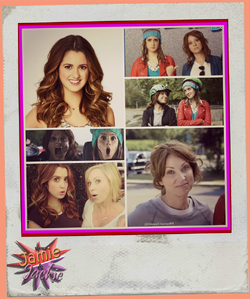 Sydney Alger as Lila Alexander - One of Jamie's best friends. She plays volleyball and is a bit boy-crazy, but is always there for Jamie when she needs her and gives great advice. She's also the creative one in Jamie's group of friends, and is the one who encouraged Jamie to go to college for music, while she herself is going into creative writing. She is in a band with Jamie, and plays keyboard. 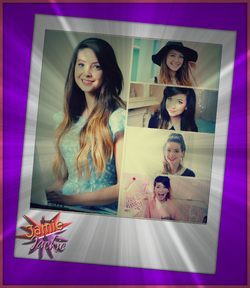 Aaron Ross as Nixon Kennedy - One of Jamie's best friends. He's a bit of a dork, but is super sweet and smart. He cares deeply for Jamie, largely since they've known each other their entire lives, and does his best to keep her safe, although Jamie usually ends up protecting him instead. He is in a band with Jamie, and plays guitar. 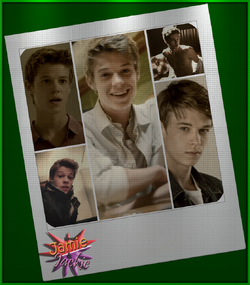 Melody Charme as Alena Abraham - One of Jamie's best friends. She's tough and doesn't show her emotions very well, and often gets in trouble for her rebellious attitude. Unlike Nixon and Lila, she is not friends with Jamie prior to college, and is Lila's roommate. She is in a band with Jamie, and plays drums. 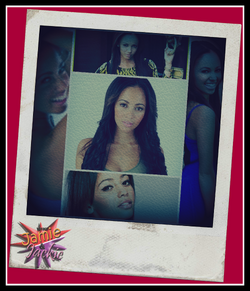 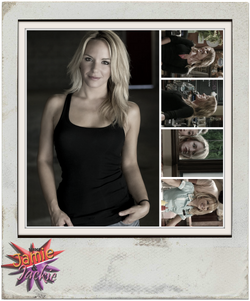 Ryan and Jackson Spruce as Joey and Johnny Cunningham - Jackie's 14 year-old twin sons, and Jamie's younger brothers. Jackie's husband left while she was pregnant with Joey and Johnny, so, unlike Jamie, they've never met their dad, and have spent their whole lives being raised by two women. They are often obnoxious and get on Jamie's nerves, but care for their sister very much. Joey is much smarter than Johnny, but Johnny is the "ladies' man". 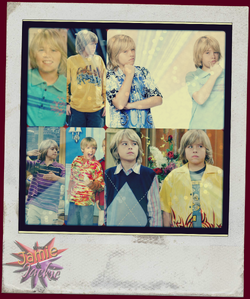 Elijah Matthews as Liam - An attractive student at Scottsdale U. He starts out dating Lila, but through an unexpected chain of events ends up dating Jamie. He's smart and kind, and cares deeply for all of his friends (particularly Jamie and Lila). 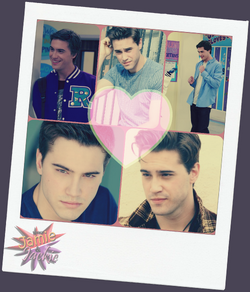 Annabelle Marcus as Tiffany - A student at Scottsdale U. Tiffany is a peppy and studious girl who Alena sets up with Nixon. Although they initially are uninterested in each other, they eventually begin dating. Tiffany has since become close friends with Jamie and Lila. 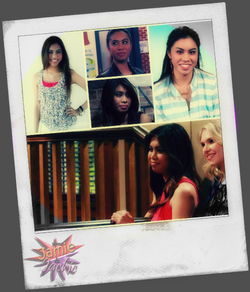 Season 1 of Jamie & Jackie was ordered for 17 episodes on September 29th, 2015. Filming began on October 19th and will continue into March.

Original number of episodes: 17
Season extension amount: 8
Total episodes: 25
Specials: N/A
If the series creator goes inactive StarfireButterfly will take over.
If the back up users go inactive, the show will be ended where it left off..
Filming Dates: October 19th - March 11th (break between December 19th and January 3rd)
Notes: N/A

Threads: 1 2
Retrieved from "https://wikichannel.fandom.com/wiki/Jamie_%26_Jackie?oldid=91698"
Community content is available under CC-BY-SA unless otherwise noted.