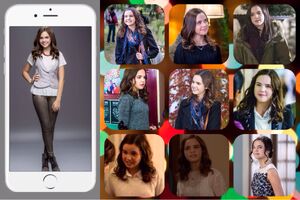 Tessa Octave as Leslie Walker - Leslie is a thirteen year old 8th grader who is addicted to her phone. She claims her life is lived on her phone, and is always on it to text her internet friend, Wendell. She is very funny and smart, and is kind of girly. Leslie's SIM card gets switched, and it gains powers. She is sassy, and seems to be really sarcastic, but more in a hilarious way than anything else. She is smart, and is in her school's honor roll. She seems to be really into stuff that originates from Japan, like anime, sushi, and her cell phone. 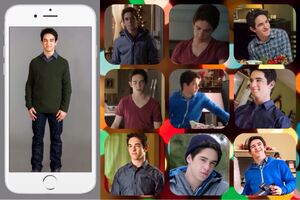 Sean Gilbert as Wendell Dees - Wendell is a thirteen year old 8th grader who lives completely across the country from Leslie. He is not very smart, but can be when he needs to. He, along with Selena, are the only two people who know about Leslie's phone accident. He is a little dim-witted, but has his good moments. He isn't extremely athletic, but is well fit and seems to enjoy exercise, and he also plays for his school's hockey team. He is currently dating Katy, but they seem to break up and get back together every other day. 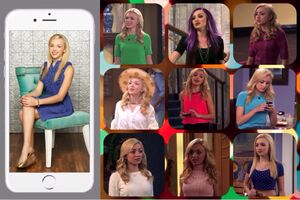 Bailey Wes as Selena Swenson - Selena's is probably the best friend a girl can have. Popular and super fashionable, she is always there for Leslie. Although she completely supports her, she believes that Leslie has a serious phone addiction. She also has a twin brother, Dean. She is obsessed with everything fashion, has Tyra Banks as her role model, and is the president of the America's Top Model fan club. She seems to be really into boy bands also, and runs many fan accounts for every single band she likes. 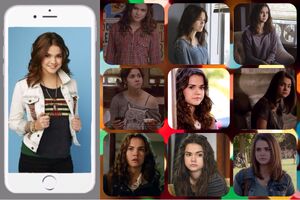 Karli James as Hannah Walker - Hannah is the sixteen year old sister of Leslie. Unlike Leslie, she does not have a phone, after breaking her numerous times. Hannah starts to suspect that something is going on when Leslie after her multiple disappearances. She seems to be really secretive from her family, and does not like to be around them, if she can help it. She doesn't really like Travis, a boy who has been smitten with her since third grade, but he slowly starts to prove her all jocks are jerks theory wrong. 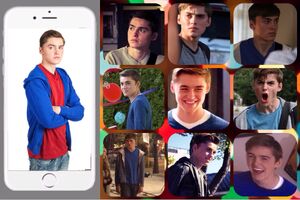 Will Evans as Dean Swenson - Dean is the fraternal twin brother, and good friend of Leslie. He is a video game nerd and spends a lot of his time in front of the computer. He would never admit it to Leslie, but he actually has a small crush on her and is jealous of the relationship Wendell and Leslie have. He is president of the schools Mouse Squad, which is a computer engineering club run by the Tech-Ed teacher. He is pretty smart with computers, but clumsy with everything else. 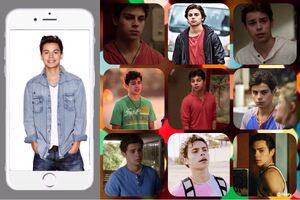 Austin Edwards as Harden Spencer - Harden is Wendell’s best friend from home, and is often seen hanging out with him. Harden is egotistical, and often makes over exaggerates himself. He calls himself a ladies man, but can hardly land a date. He is a musician, and he owns a guitar, but would never admit it to anyone, and he pretends to be a jock who's really into sports and hockey, like everyone expects him to be.

Retrieved from "https://wikichannel.fandom.com/wiki/Leslie_Wireless/Season_1?oldid=87797"
Community content is available under CC-BY-SA unless otherwise noted.