The Other Universe is a Wiki Channel movie that was picked up in 2015. It is set to star Spencer Raye Jackson, star of Miss Good Girl. Filming for this movie started on Monday, May 19th.

Amy was a typical teenage girl. She was unpopular, had strict parents, and basically wasn't happy with her life at all. But that soon flips upside when one fateful day she accidentally finds a magical necklace and, after wishing for a better life, ends up in an alternate universe. Amy loves the universe and wants to stay there forever. But soon, she meets her alternate self who turns out to be a complete jerk, unlike Amy herself. And when alternate Amy steals the magical necklace and goes into real Amy's world, trouble ensues as alternate Amy wreaks havoc on Amy's life. Now, after realizing the alternate universe isn't all that it's cracked up to be, Amy must find a way back home before alternate Amy closes the portal doors forever and to keep her own self from ruining her own life. But how will she do it without any magic? Along with Amy on the journey is Pixel, a fairy who owns the necklace, Samantha, a popular girl who is only friends with Amy in the alternate universe, Conrad, a kid who has always lied in the shadows but secretly wants to steal the portal from her, Evan, a boy she's always liked, and Spencer, a boy who's always liked Amy but she's never noticed. 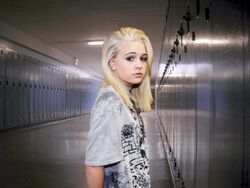 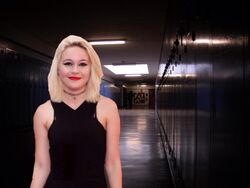 Spencer Raye Jackson as Amy Anderson - Amy is the nameless girl in the yearbook. She's the type to only have one fiend and be extremely neglected at school, which she hates. She wants to change herself, go to place where she can fit in, until she meets Pixel, a wise mind in the body of a cute, little fairy. Amy decided to transfer to another Universe, where she has the popular life, and the boy she wants. But when thing in her real world turn upside down, will she be able to save that place that she belongs in time? 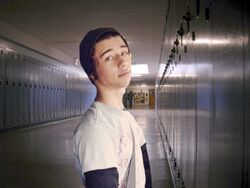 Max Nickel as Spencer Young - A chill guy who's really into filmmaking, carrying around camera where ever he goes. He is a passionate filmmaker, and the only person in school who really talks to Amy. He doesn't know a thing about the Alternative Universe, but then this sassy girl who claims she's Amy starts running havoc on his life, he knows that something is wrong. 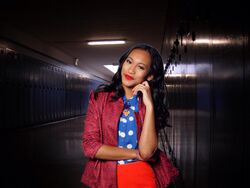 Sequoia Marzia as Samantha Benson - Samantha is the confident young lass who rules the school wit an iron fist. She is not the type to beg for a mani/peddi, or be captain of the cheerleading squad, instead she is the president of both Leadership and LSF (Louisiana Scholarship Federation) and is only dating Evan for his looks. Se however, only picks and chooses who she wants to be her friends, and will only befriend people who met her requirements. 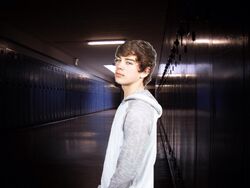 Harley King as Evan Payatas - Evan is a smart athlete who hides behind a dumb shell. He is a linebacker for is school's football team, however he is the most known for his looks and plays on the ball field. He is secretly a math genius and a literature extraordinaire, however, he is too afraid to let that side out because of judgment. 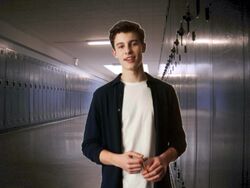 Lucas Jenkins as Conrad Sanders - A boy who Amy's never really noticed before, she's just had the same classes as him once or twice and passes by him in the halls sometimes. However, he starts to play a major role in Amy's life when he is the only one not to change in the alternate universe. He manipulates Evil Amy and Real Amy to get what he wants, but is it really his intentions behind the whole scheme?

Gabriella Dawson as Pixel - A sweet fairy who grants Amy the power of inter dimensional traveling.

Retrieved from "https://wikichannel.fandom.com/wiki/The_Other_Universe?oldid=87831"
Community content is available under CC-BY-SA unless otherwise noted.