Hey readers! Today we have a very specially styled Weebley for this big SHOCKTOBER season! Grab your spellbook, your wand, and get in the spooky spellbound spirit because some deep magic is coming your way!

Sleight of Hand: PRE-SHOW
Wiki Channel's big new Halloween movie Sleight of Hand is PREMIERING in just a few hours and we are ringing in a special new Weebley feature for the movie! We call this new Weebley feature The Weebley Pre-Show where just hours before any big premiere, we will make a special big post about the premiere and laying out EVERYTHING you need to know before you watch it! So continue reading below to get the deets on the WICKEDEST event of the year! 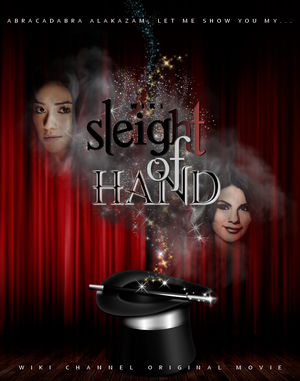 Sleight of Hand is Wiki Channel's newest movie premiering as part of their 2015 Halloween line up and it looks beautifully VICIOUS! The new Wiki Channel original movie follows Danielle and Trent Hastings, 18 year old and 16 year old brother and sister who live in the town of Cevaville, a small and boring place- that is until one fateful Halloween when the great Sleight of Hand Magic Act comes to town, a magic act that tours the world and is famously known for their creepy and vile shows. And the town is in for a surprise when they learn Sleight of Hand’s shows for the season are going to feature a brand new leading lady: Miss Mikayla Mon De who catches everyone’s attention with her alluring looks and bold yet mysterious attitude- especially all of the guys’. In all of Mikayla’s magic acts she lures the attention of the young men toward her and takes one of them onto the stage, putting them into a sensual trance, thus allowing her to perform her magic trick. All of the boys are a buzz about the mysteriously beautiful Mikayla, even some girls look up to her. But Danielle however sees that everyone is becoming over obsessed with Mikayla, the guys are kissing the ground she walks on, the girls wanting to be exactly like her, and no one even seems to notice the tiny mysterious and unhuman like things Mikayla does around town. But after Danielle does some investigating in Mikayla’s tour van, it all clicks in her mind and she learns that this Mikayla Mon De is not at all who she says she is. But before she can get anyone to believe her on Halloween night, the last performance of Mikayla, everyone in town who’s ever been tranced by her is now a mindless drone, controlled by Mikayla and abiding to her every order- even Trent. Now Danielle must figure out a way to stop Mikayla, who is using her army of drones to wreak Halloween havoc, and get her brother back before it’s too late.

We are SO excited for this new movie, maybe even way too excited. The new movie, following last year's Halloween themed movie ZAYN, is set to be quite a commendable fright for the Wiki Channel original movie franchise. With the lead actors Sloane Belicion and Sienna Forbes, this movie is bound to be a success. Last Monday, we had a Weebley Chatter takeover Q&A with Ms. Sloane and she answered questions from us and from fans on Chatter! Here is a recap of some of the most exciting questions she answered!

@thehuntress: #SloaneOfHand - IIs Sienna awesome? :D Oh, and was it awesome to work with her along with the rest of the cast?

Sloane: Sienna is a sweetheaaaart! I want to be best friends with her for ever and ever and ever. Really though she's a doll and was great to work with. She's so professional and KILLED this role.

@lemmebelala: Would you say Danielle is a strong character?? @Weebley #SloaneOfHand
Sloane: Danielle is so a strong gal. She's so brave, she's so smart, and she stands up for what she feels is right even when she's standing alone. I think you guys will like her a lot. She feels fear like every other human but who says that should to stop her? She's a bad butt.

Q from Weebley: "How can you sum up #SleightOfHand in three words for those who don't know what it is?"
Sloane: Sleight of Hand is magical, manipulative, and mystical ;) #SloaneOfHand

@livvieliveslove: What was the hardest scene to shoot? #SloaneOfHand
Sloane: Definitely the scene when Danielle is trying to talk Trent out of his trance on Halloween night. Her only defense is her love and compassion for him so she has to pour all of it out and hope it's enough. It was a very vulnerable and emotional moment for me as an actor- how do you express to a person you love endlessly how much you love them? It made me think of my own brother.

Q from Weebley: "Who were you closest to on set?"
Sloane: Literally everybody! The cast was so cool and everyone got along really well. Ace is like my little brother now and Issac and I converse best in mime, haha! :P But I especially enjoyed working with Sienna because she is so talented and I was awed by her performance of Mikayla. And we're around the same age with different knowledge on acting so we were able to learn a lot from each other and being the oldest ones on set, we taught a lot to our castmates.

@JaylinKaylin: Post a selfie of you and Sienna! #SloaneOfHand
Sloane: This is the most recent on my phone I believe x) 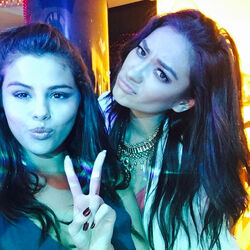 Thanks again to Sloane for doing this for us! 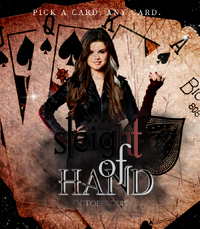 Throughout the entire movie, Mikayla Mon De is always saying spells and it gets to be a little creepy towards the end of the movie. Her signature spell is the introduction, Presto el pyso, hippity hey, it's time for you to meet Mikayla Mon De. As wicked as Mikayla may be, you have to admit she has pretty rad rhyme skills. Do you have a signature introductory spell? As cool as Mikayla's? We didn't think so. If you want one just like Mikayla's, continue below and do our little activity!

Now, match up three sayings from each column based on what letter you got and you have your own personal spell!

Are you ready for Sleight of Hand yet? Before we wrap up this pre show post, we have a special statement from the producer of the movie! "Hey Weebley! I'm so happy you're looking forward to Sleight of Hand. It's definitely one of my favorite movies I've ever done and even one of my favorite projects. It's very mysterious, very intense, and also a bit dark so watch ready for the chills and also just enjoy it! Thanks guys!"

Check out this brand new final promo for the movie below!

Make sure to watch Sleight of Hand TONIGHT at 8/7c on Wiki Channel! 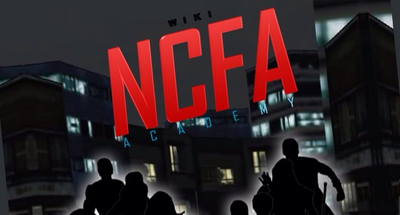 "The NCFA is not going to be here forever. We are sending out a call. Any young male or female teens with special talents are being called to apply to the NCFA Academy, a place where we are to train a new generation of superheroes."

Slowly getting older, the 5 founding members of NCFA (National Crime Fighting Association), a organized group of superior men and women who sacrifice their lives each day to save people, realize they're going to need successors to keep the peace going. In a desperate heat, they send ads out in the paper, calling anyone 18 or younger with superior abilities to them. However, when they formed the academy, they didn't expect it to be so hard to get the children to work together as a team. Now, the teenagers and the adults in the academy have to deal with fighting villains, trying to fit in, romance, and trying to make it out alive by the end of the school year.

Make sure to watch the premiere of NCFA Academy October 29!

Make sure to pick up your copy when it drops November 7!

That's it for this Weebley! Stay tuned TOMORROW to see our POST SHOW Weebley for Sleight of Hand where we will talk about the movie AFTER seeing it! Don't be left alone, watch the movie tonight!

Retrieved from "https://wikichannel.fandom.com/wiki/User_blog:Jessie1010/Wiki_Channel_Weebley:_Sleight_of_Hand:_Pre-Show,_Deets_on_NCFA,_and_Lisha_Jane%27s_NEW_ALBUM!?oldid=77907"
Community content is available under CC-BY-SA unless otherwise noted.