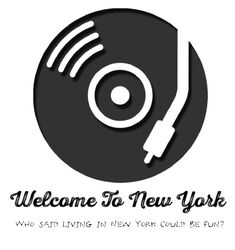 Welcome To New York is a musical film created by JoseyThePanda. It is expected to air sometime in late 2015.

Shelby is a girl who's dream is to become a famous singer. And, when her mom finally gets her promotion, they're moving to New York. Shelby accidentally bumps into Aubrey, a famous singer, which asks her to work with her. But, Shelby loses hope when she realizes she is Aubrey's new assistant. Shelby meets Fernando, aka, Shane, which was also Aubrey's old assistant. She talks about her song, "Welcome to New York" to Fernando. And, he loves it. And, a couple days later, Aubrey inds th song. She turns it in as her own, and her fans love it. Now, Fernando and Shelby come up with the ultimate plan to show Aubrey's true colors. Let's say it works out, for now...

Jasmine Byran as Shelby Smith - Shelby Smith is the main character of "Welcome To New York". She is sweet, shy, and smart. She is also a talented songwriter and singer, and isn't afraid to turn down an opportunity.

Mark Christian as Shane Flores - Shane Flores is the son of Dustin Flores. He isn't as famous as his father, and was Aubrey's old assistant. When he meets Shelby at The Brew, he becomes Fernando and doesn't reveal he is Shane until the ending.

Cecelia Kristine as Aubrey Jackson - Aubrey is a well known New York singer. Although she acts all innocent like in front of her fans, behind the scenes, she is the devil. After Aubrey tricks Shelby into being her assistant, she steals her song and releases it. She is evil, selfish, and mean. Did I mention evil?

Marley Michele as Karmen Wentz - Karmen is a not-so-famous music producer who owns the Harrington Music Industry. She treats all her clients caring, no matter what rank they are. She meets Shelby and becomes great friends with her along with Shane, and at the end, she gets Shelby to sign with her.

Retrieved from "https://wikichannel.fandom.com/wiki/Welcome_To_New_York?oldid=82315"
Community content is available under CC-BY-SA unless otherwise noted.