What's Up With...? is a Wiki Channel short show. This show was picked up March 17, 2014 and started production on March 24, 2014. The show takes viewers behind the scenes of Wiki Channel.

The show stars two best friends who run the show in their treehouse. There, they interview Wiki Channel stars and talk about major events coming up on the channel. They also sometimes travel to different sets to check them out and interview the stars there. The show also features a neighborhood friend who also happens to be a major fangirl when it comes Wiki Channel. Each week, the two best friends will cover a certain topic that would be include in the title & opening credits for that episode. 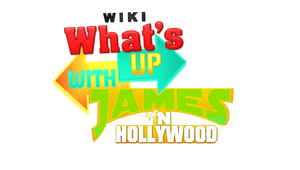 Start a Discussion Discussions about What's Up With...?